Normal hours of operation were restored on Tuesday, August 30th. We apologize for any inconvenience that the city may have caused. 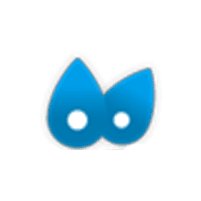 Adrenal disease causes your adrenal glands to produce too much or too little of necessary hormones like cortisol and aldosterone. At The Endocrine Center, with three offices in Houston, Texas, the team of board-certified endocrinology, diabetes, and thyroid specialists provides diagnosis and treatment of adrenal disease. If you’re concerned about your risk, book online to schedule an appointment or call the Main Campus, Methodist West, or Greater Heights office today.

What are the adrenal glands?

The adrenal glands are small organs that connect to each kidney. They produce and release sex hormones and cortisol, which helps you respond to stress. If your adrenal glands fail to function normally, it can result in adrenal disorders or disease.

What is adrenal disease?

Adrenal disease occurs when your adrenal glands produce too many or too few hormones. Some people are born with adrenal disease; others develop it due to:

Adrenal disease can also occur due to a problem with another gland in your body, like the pituitary gland.

What are some common types of adrenal disease?

The team at The Endocrine Center treats various types of adrenal disease, including:

Adrenal cancer is a rare but serious condition that causes the cells in your adrenal glands to divide uncontrollably and spread to your surrounding organs. Common symptoms of adrenal cancer include abdominal pain, weight loss, and high blood sugar.

Addison’s disease occurs when your adrenal glands stop producing healthy amounts of the hormones cortisol and aldosterone. The condition affects about four in every 100,000 people. Common symptoms of Addison’s disease include weakness, fatigue, weight loss, and a lack of appetite.

Cushing’s disease occurs when your body produces too much cortisol. Common symptoms include easy bruising, weak bones, weight gain, and high blood pressure. Cushing’s disease is rare, but occurs in people of all ages, from children to adults.

How is adrenal disease diagnosed?

About an hour later, your provider draws another sample of blood. They compare both samples and assess the levels of cortisol in each.

How is adrenal disease treated?

Treatment of adrenal disease depends on the underlying type and severity of your symptoms. Whenever possible, the team at The Endocrine Center recommends conservative measures. Typically, this includes radiation therapy and prescription medication. If you have adrenal cancer or experience severe symptoms, the team might recommend surgery.

Don’t wait to receive treatment for adrenal disease at The Endocrine Center. Book online to schedule an appointment or call the nearest office today.